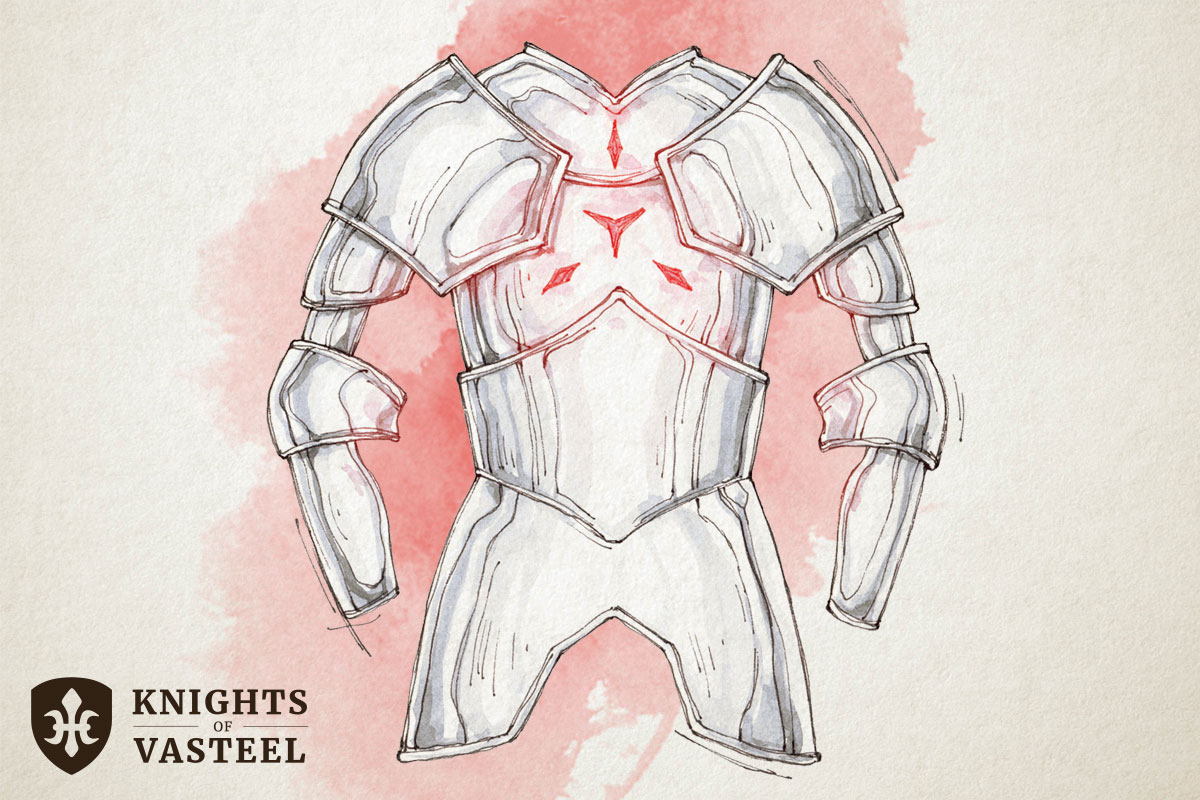 R.J. Burnum, a wizard blacksmith, worked for a decade perfecting his charged armor design. The most impressive bit of magic is not the armors ability to briefly deflect everything from a goblin’s punch to a dragon’s blast. No, the real magic is triggering the protection at the precise moment the wearer needs it.

This armor has one charge. If you are hit by an attack, you can expend the charge. Doing so causes you to become immune to all damage types until the start of your next turn. You must declare that you are using this ability before the DM announces the amount of damage from the attack. The armor regains its charge every day at dawn.

Many intrepid forges have attempted to copy Burnum’s design. None have come close to the level of protection his pieces provide. Regardless, a few skilled smiths have been able to craft quality suits of armor.

As a word of caution, charged armor must be rigid and durable to withstand the charging process. Don’t trust anything marketed as charged armor on anything less sturdy than plate.

When you expend a charge in Standard Charged Armor, you become resistant to all damage types until the start of your next turn instead of immune.