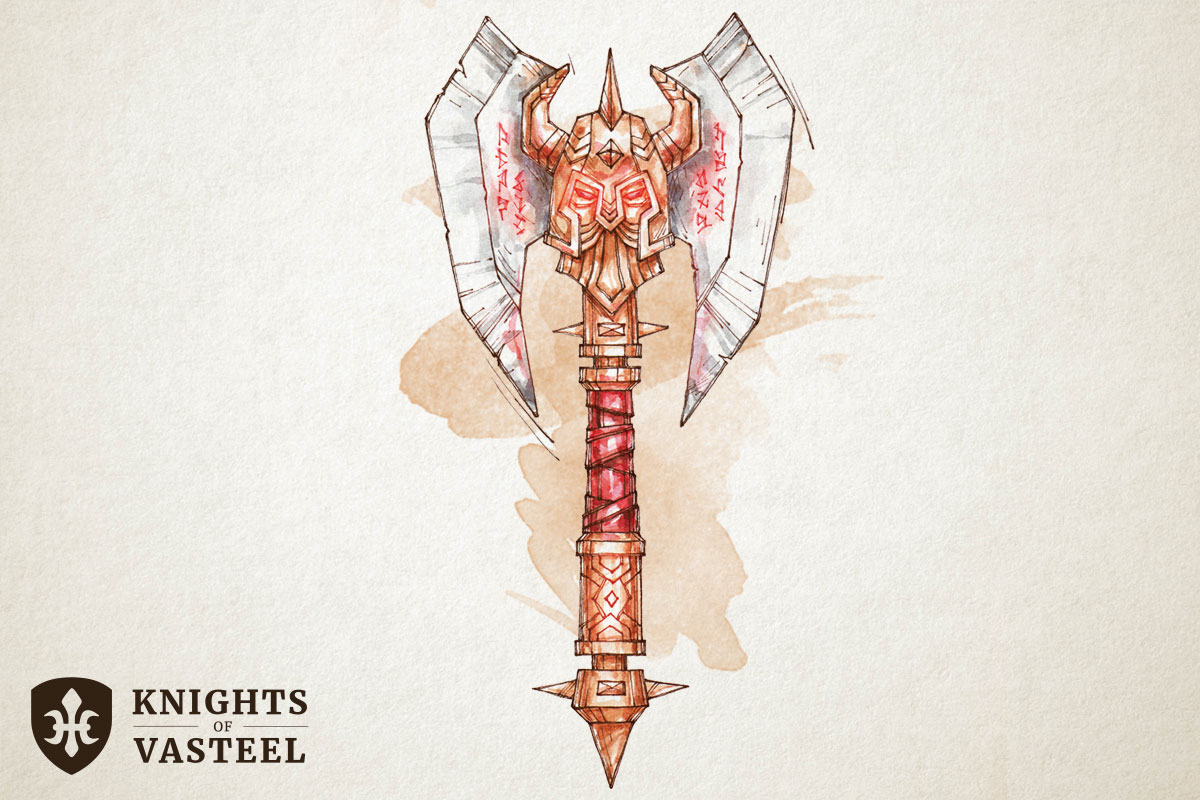 A grudge axe is a grisly weapon that feeds off the souls of its defeated enemies. Many outsiders can’t imagine the dwarves capable of such savageness. To be fair, the grudge axe was designed during the second epoch, a dark and hopeless time for the Dwarves of Dimlodir. Goblins had swarmed many of the great cities and were threatening the complete destruction of clans. As the dwarves clawed for survival it wasn’t uncommon to see Grudge axes glowing with power as they cut down hordes of goblins.

When you make an attack with this axe, you gain benefits based on the number of creatures you’ve defeated of the same type.

60+: You gain a free melee attack action against creatures of this type.

80+: If a creature is in line of sight of you, they must succeed on a DC 13 Constitution saving throw or become frightened.