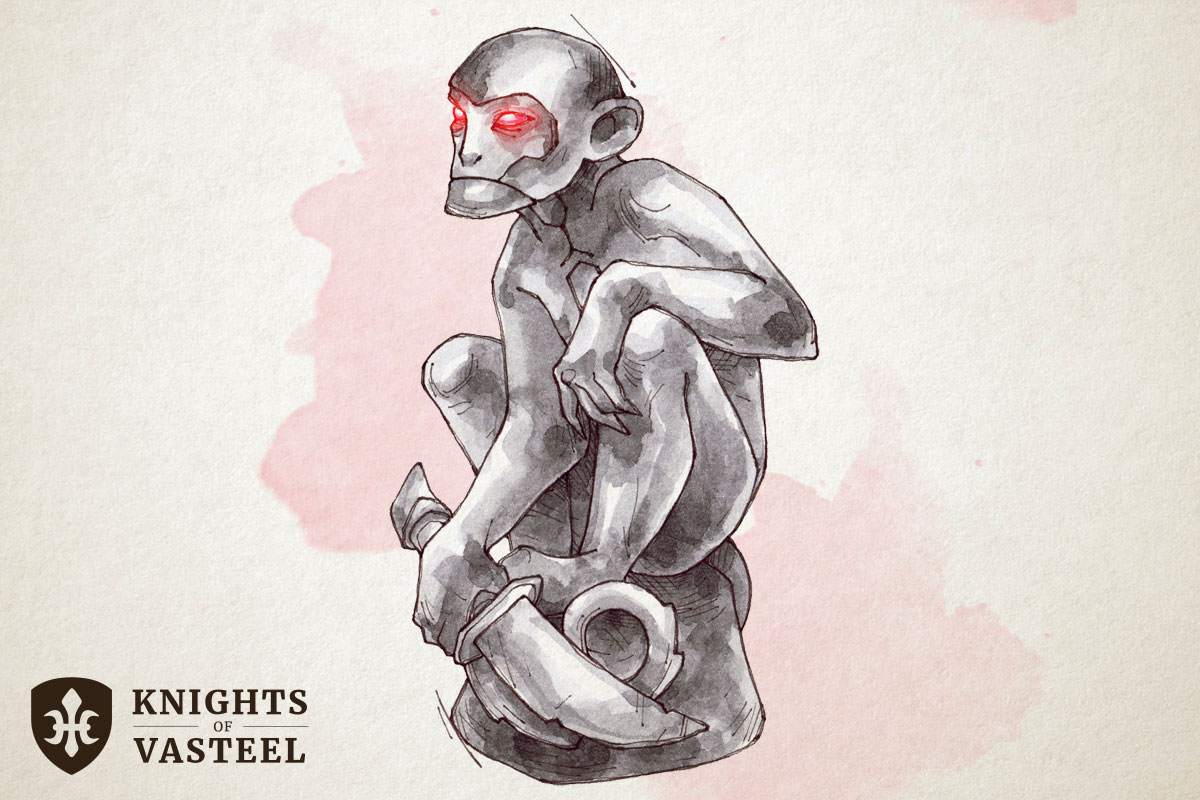 Umbri, the god of mischief, receives a disproportionate amount of attention among the gods of the Cross Seas pantheon. Travelers to the islands often wrongly assume that she is their principal deity. If asked, any islander will helpfully tell you that a forgotten offering is readily forgiven by the other gods, but neglecting Umbri is a sure path to misfortune.

The Idol of Umbri is cursed, a fact that is only revealed when an identify spell is cast on it or when you touch it.

When you touch the Idol of Umbri, it transforms into a living monkey, and you become petrified. You take the shape of a stone figure similar in size to the Idol of Umbri. You remain in this form for 12 hours.

The monkey exists for 12 hours. At the end of the duration, it reverts to its statuette form. It also returns to a statuette early if it drops to 0 hit points.

The monkey seems friendly unless provoked. It wanders its immediate environment stealing valuable objects, particularly those with magical properties. A creature that interacts with the monkey and is carrying such items must make a DC 20 Wisdom (Perception) Check. On a failed roll, the monkey steals the item without them knowing. If the monkey reverts back to its statuette form still in possession of the object, it is permanently lost.