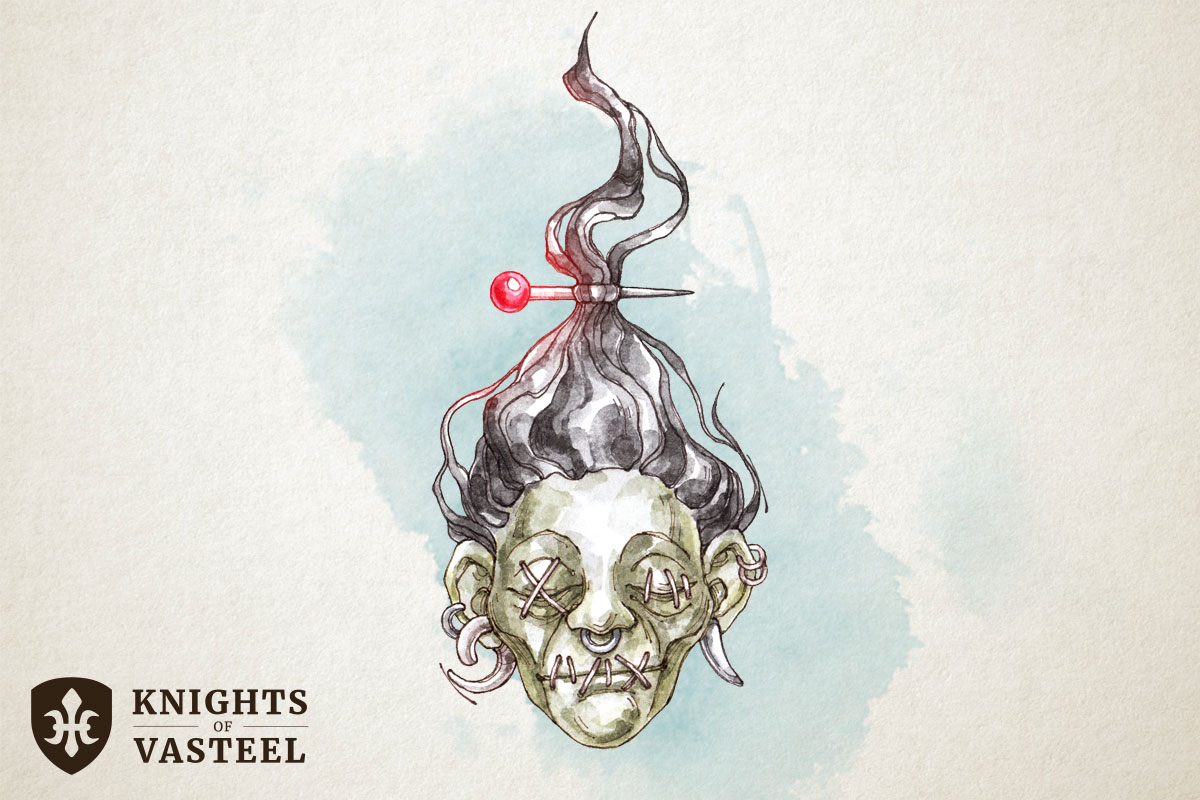 The jungle tribes in the far south are known for preserving the severed heads of humanoid creatures they deem worthy to “keep around.” The process typically involves soaking the head in a mixture of magical chemicals and then leaving it out to dry. The head shrinks to almost a quarter of its original size and begins to manifest arcane qualities within a few weeks after its creation.

A dark and sinister market has grown around these magically shrunken heads. Headhunters seek out prized heads to sell to eager buyers. Their methods of acquiring top specimens are seldom voluntary. Travelers to the Southern Jungles (especially students and scholars) are strongly cautioned to be on the lookout.

Each shrunken head has its own unique repository of knowledge. After attuning to a shrunken head, you may use an action to consult with it when you are required to make a skill check dealing with its area of expertise. You gain advantage in that skill for 10 minutes. You may use this action once per long rest.

When you first find a shrunken head roll 1d6 to determine the heads area of expertise.

Curse: Shrunken Heads are cursed, a fact that is only revealed when an identify spell is cast on it, or you attune to it. Attuning to it curses you until you are targeted by the remove curse spell or similar magic. While you are cursed by a Shrunken Head, you become the mark of headhunters. They will attempt to take your head and turn it into a Shrunken Head to sell on the black market.