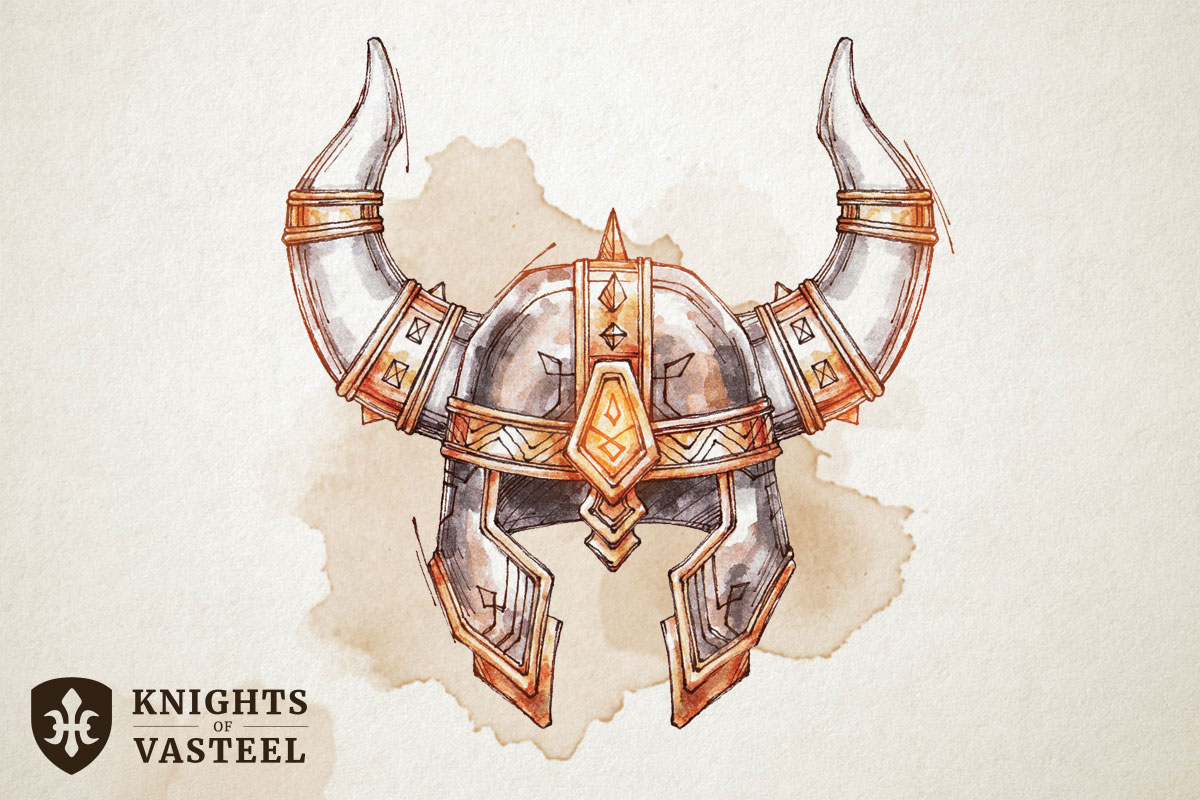 When Dimlodir was in its infancy, an ancient order was formed to protect the budding settlement. The elite group of dwarven warriors called themselves the Stone Lords. They had mythical mastery over the stones and used the natural environment to fend off countless invasions.

Today, the title of Stone Lord is an honorific for wealthy nobles and its meaning has been greatly diminished. The same can’t be said about the ancient relics the warriors once used. Though extremely hard to find, their mighty weapons and armor still vibrate with power. A person found wielding such a relic can command the very stones of Dimlodir.

This helm has 3 charges, you can expend a charge to cast Stone Shape or you can touch a stone medium-size or larger to create one of the following objects:

Obsidian Blade – The stone you touch turns into a gleaming black stone blade that retains a sharp, durable edge as long as you are holding it and attuned to the Stone Lord’s Helm. You gain +2 to attack and damage rolls when wielding this sword. It immediately crumbles if you lose contact with it.

Shard Darts – The stone you touch shatters into sharp shards that hover in the air. As an action, you can use the power of the Stone Lord’s helm to move the hovering darts up to 60ft in a straight line. All creatures in the path must make a DC 13 Dexterity

Boulder Beast – You animate the stone you touch and it turns into a Boulder Beast. You can give the creature a command as long as you are within 60 ft of it otherwise it will follow your last command as best it can. The Boulder Beast remain animated for 1 hour.

False Appearance. While the Boulder Beast remains motionless, it is indistinguishable from a normal boulder.