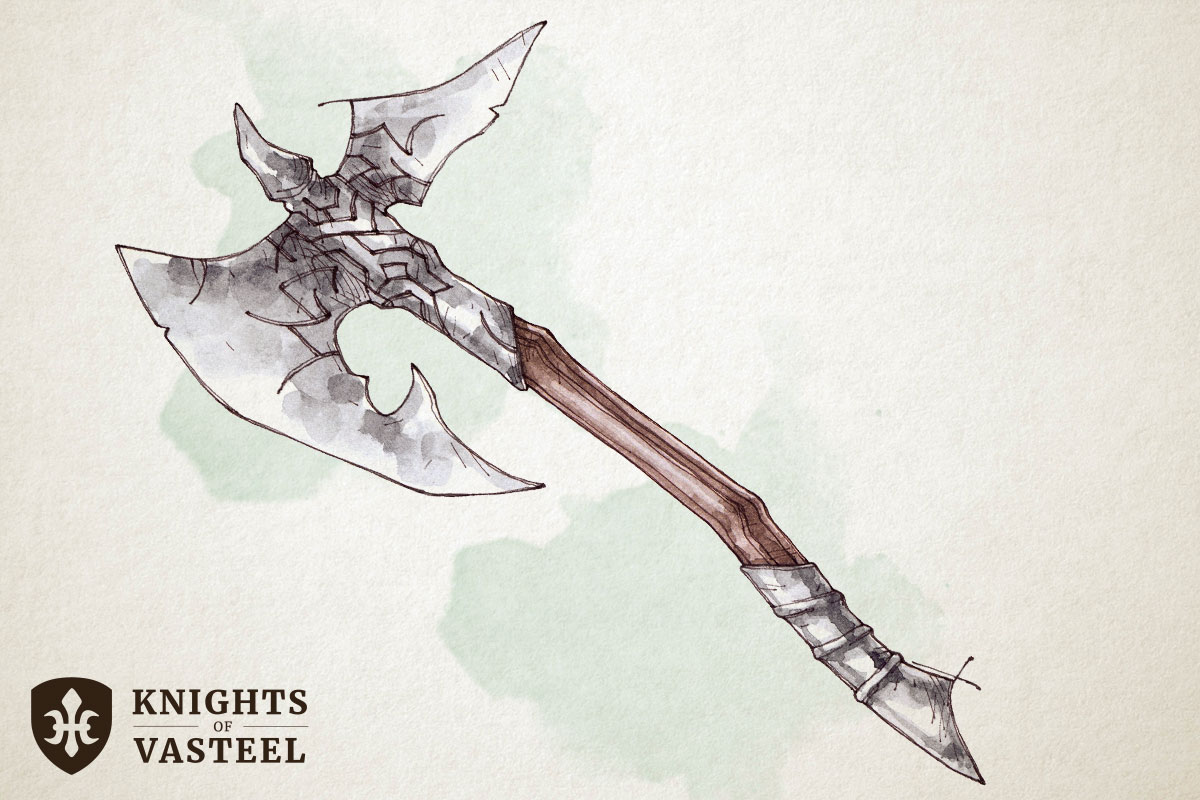 Barbarism is not typically associated with the central lands of Vasteel. It is often thought of as something distant you might find in the Outlands–though, this is due to stereotyping more than actual research. It comes as a surprise to many people that a tribe living near the Direwood Forests rules by what would be considered barbarous law. This Forest tribe, known as the Krunsven, only respects one thing; strength. Everything is decided by a contest of brute force; from who leads to how much food you eat.

This system of brutality has made armament a central part of day to day life among the Krunsven. Their weapons are incredibly dangerous while at the same time, astonishingly practical. There is a common saying in the tribe, “an ax should cut through a tree as easily as a torso.”

You have a +2 bonus to attack and damage rolls made with this Krunsven ax. When you use the ax as part of a Strength check, add +2 to your roll.